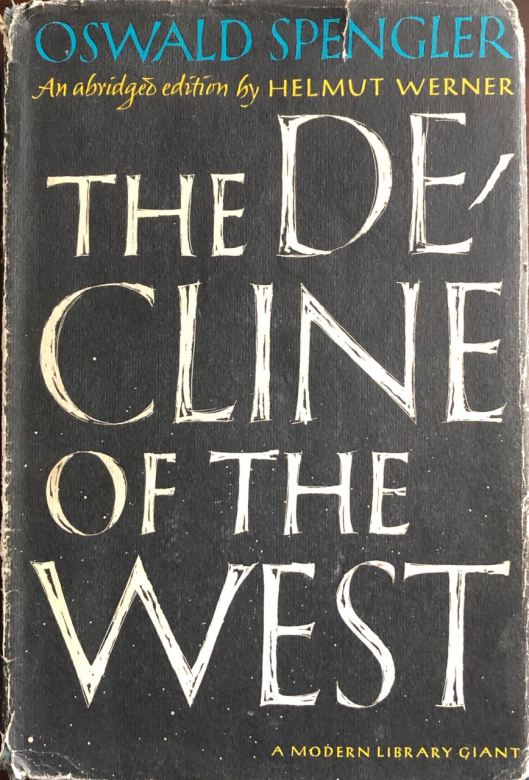 Written in reply to a comment left below one of my blockbuster videos:

STOP! TURN AROUND! GO BACK! BEFORE IT’S TOO LATE!

Actually, just kidding. Besides, from what you write and how you write it’s no doubt too late already.

You write: “That’s mainly what I’ve done all along is to feel myself along, waiting to discover mentions of other authors within my favorites, and to move ever outward from there.” That’s profound stuff, whether you’re aware of it or not.

I once posted a blog piece “The Last School” where a fictional me attended a meeting of the last school. There was one other person in the small auditorium. A man steps on to the stage filled with all manner of art work and book and scientific instrument and says: “Welcome to the Last School, there are no classes, no syllabuses, no assignments, no grades and of course no graduation. School begins now.” The other guy asks “But how do we know if and when we’ve passed?” And the man responds “You’ll just know.”

We’re talking the individual journey here, a genuine “self” education, and it’s the only one that wins a person entry into the Cafe.

Campbell? Spengler? Here’s a quote from a book which illustrates that very thing in process and links those two Giant’s names:

“As he was browsing the Carmel library one day, his hand moved, as if by itself, he said, to a copy of Oswald Spengler’s monumental Decline Of The West, only recently published in America.” Stephen and Robin Larsen, A Fire In The Mind, The Life Of Joseph Campbell

There is an element of chance, or luck, involved, and yet hard work and persistence, plus openness, pays off when it comes to this effort-towards-growth thing.

Shite, this is already growing long, and I had so much else I wanted to include.

It’s my day off and earlier I plucked a book off my shelf to carry around with me for the day.

Here are words of a genuine Shaman, pure and untainted with our modern world. They were recorded in the early 1930’s.

“[This] is the story of all life that is holy and is good to tell, and of us two-leggeds sharing in it with the four-leggeds and the wings of the air and all green things; for these are children of one mother and their father is one spirit.

This, then, is not the tale of a great hunter or of a great warrior, or of a great traveler, although I have made much meat in my time and fought for my people both as boy and men. So also have many others done, and better than I. These I shall remember by the way, and often they may seem to be the very tale itself., as when I was living them in happiness and sorrow. But now that I can see it all as from a lonely hilltop, I know it was the story of a mighty vision given to a man too weak to use it; of a holy tree that should have flourished in a people’s heart with flowers and singing birds, and now is withered; and of a people’s dream that died in bloody snow.”–Black Elk Speaks.

How powerful is that? And yet so pure too.

There’s a man born with the Shaman gift you might say and living in an environment–as one with an environment–which speaks volumes to his young listening soul. Everything in his Native American world of the 1860’s is alive and flowing and singing for his susceptible consciousness. The grasses, shrubs, flowers and trees, the insects, animals and birds, the winds, clouds, storms, the mountains, meadows, pools and rivers.

Now imagine the world of Miller, Joyce, and ourselves. What speaks to us when we gaze outside and see streets and pavements, buildings, vehicles and people rushing about in thrall to ideas, ideals, money and its demands?

Unlike Black Elk, we need search continually for what is alive and flowing, for what feeds our souls, and ultimately we need block out all that doesn’t in order to listen to the music our soul’s crave.

Isn’t that, when all is said and done, both Miller and Joyce’s journeys and what they’ve written about too? The passing through and sloughing off of all that is false, derivative, artificial in both our physical and intellectual and spiritual environments?

Hail to the movement ever outward from here!