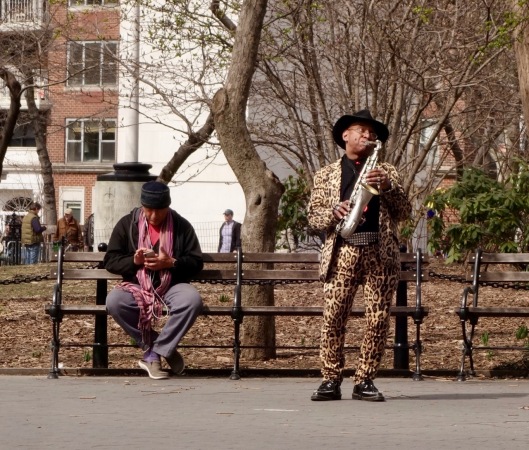 But is anybody listening?

Thanks Simon, but by ‘lovely’ I hope you mean ‘lovely’ with deep meaning, because that’s actually what I am trying to convey.

Look around. Life abounds. It’s all around us, and it is us. And the processes, the attributes and faculties of Life reside along a bell curve spectrum.

An individual, any individual’s, be they plant, animal or microscopic unicellular organism’s size, shape, aptitude and inner compelling drive all fall somewhere along that bell curve.

The vast majority inhabit the central portion of the curve, ninety to ninety-five, ninety-eight percent. The remainder lie far out on the periphery, at one end or the other.

Similarly, intelligence, wisdom if you will—and I’m not talking about the cold calculating power of reason who’s extreme cases might be found computing chess permutations fifty moves in advance—lie along a bell curve.

At one end are those with little or no ability to learn anything, at the other those with an overpowering urge to learn everything. Everyone else falling somewhere in between.

Because of this I’ve often said school is ill suited to two kinds of people: those who do not want to, or cannot, learn much; and those with a need, an insatiable hunger for all knowledge, for wisdom.

The rest go to school and are taught by teachers and professors and more or less acquire degrees.

I remember a line I read in the last days before dropping out of school for the final time. It went: ‘School is nothing more than an indoctrination process and the teachers have little to teach because they are merely the best examples of that process.’

In that sense the teachers and professors are the high priests of the educational system. And as priests, their authority is bestowed upon them by a governing body, that is, having fulfilled all the prerequisites to satisfaction they are ordained in their turn to train another generation into the educational order.

However, in James Joyce and his autobiographically fictional alter-ego Stephen Dedalus we are confronted with an individual out on the extreme end of the bell curve spectrum.

Ulysses is actually the tale of Stephen’s increasing disaffection and isolation from those in Dublin, the vast majority, who comprise the central portion of society’s bell curve. He is no longer even capable of communicating effectively with them, and has all but given up trying.

He is alone and he is gradually coming to the realization that the only means of communication left to him is art.

His role, his station in Life, is as Shaman. And the Shaman’s, as opposed to the priest’s, authority derives from within. It is acquired through hardship, suffering, trial and error, solitude—in short, a singular individual experience, a steadfast confrontation with Life.

And that truth lies at the heart of my oft quoted phrase: “Bloomsday is for the masses, Dedalusday for the few.”

That is, Bloomsday fits perfectly with all that is taught in school, the Homeric Parallels, the interior monologue and stream of consciousness techniques.

Dedalusday, a word coined here at the Cafe by the way, is something entirely different. It’s roots run deep into the bedrock of our lives, below the rational, intellectual surface. These days it’s been almost totally neglected, all but forgotten.

But there are individuals and books here and there which strive to keep the message, the magic alive.

And that in the end is the aim of the Omphalos Cafe.

As such I realize it can never be popular, shouldn’t be ‘promoted.’

I put it out there, on YouTube and my blog at Omphaloscafe.com, but it is for the few to find.

For me, at this stage, it’s about having faith in Life.

Because Life when all is said and done….

is ALL there is.