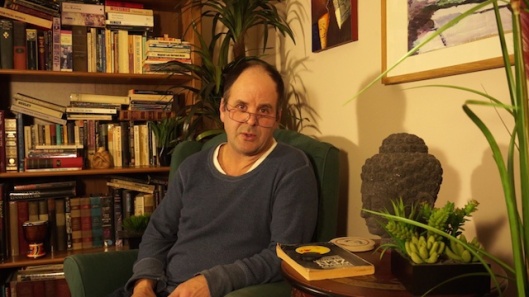 Chatted with an old friend last night. He finished university, became an engineer, married, moved to Florida and raised two boys, who both became engineers.

Me, I dropped out, took to reading books—not the kind that earn a person an arts degree—wandered, pondered, settled in Calgary, married and fathered a boy, started the Omphalos Cafe blog soon to be Youtube channel. Wouldn’t wish engineering on my son for the world, but don’t know if I’d wish the Cafe either.

My friend and I once had a case of beer bet. I said I would be a published writer within a certain amount of time, he bet I wouldn’t. He won, and won, and won. I’ve never published a word and don’t know if I want to anymore. What publication is worthy of this stuff?

No, the Omphalos Cafe is my outlet, it’s the culmination—the fruition—of nearly thirty years of work!

That’s ok, what is a life anyways? I feel extremely fortunate to have had the opportunity to pursue my own fancies, follow my own trains of thought wherever they may have lead.

Over the years a number of people have remarked on my seeming total lack of ambition. I just smile.

Ambition? Several years ago, shortly after starting this blog, I was chatting with a woman. She asked what it was about and how it was going. The how it was going was easy: good, I was up to about ten or twenty followers; the what it was about was harder. Still is. In a nutshell, Life. I told her—it was evening and we were skating around a bonfire set up in the centre of an outdoor rink—that I truly believed that in two hundred years people would look back on everything written today, the billions upon billions of words published, and ask themselves who the hell that guy was writing the Omphalos Cafe. Still believe it.

Ambition? To change the way we’ve looked at the world and continue to look at the world. Or at least be an agent of that change. To show how everything we’ve been taught from the get-go has been wrong. To show how wrong our narrative of history, philosophy, art, literature, religion and religious studies, to name just a few, has been for centuries.

And finally, to get across this one simple, pure, and undeniable fact, maybe before it’s too late: