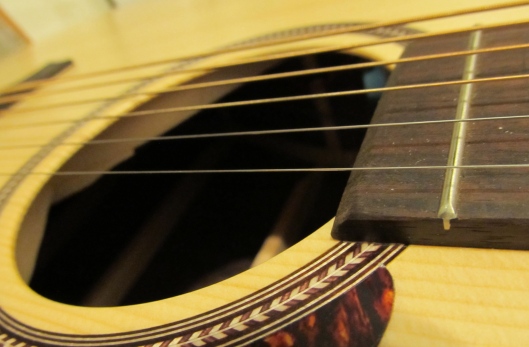 Portal to the Other Side…. yeah right

“What Zen attempts is no other than the most radical revolution of our world view.”— D.T. Suzuki, Living By Zen

Using words to break from the tyranny of words.

It has been quite some time since I last posted. No offense, but I’m in no hurry—under no obligation—to carry on or adhere to any sort of schedule.

Very Zen that too. Wherever you are, be there and nowhere else.

Good rule to live (to the utmost fullest) by.

Several months ago I caught the music bug again. Now much time is dedicated to flailing away on the acoustic guitar.

Just another form of communicating. Less verbal. Less inclined to being hijacked by the ubiquity of ideas.

“You done with the Cafe?” I was asked.

“Not on your life,” was the answer, though at the time I stammered something about taking a break.

Also, I’ve been reviewing past posts, starting from the earliest, with the idea of compiling them into some form of iBook or eBook. Their inter-connectivity, the wholeness and oneness of Life they strive to point towards is lost in the episodic reality of blogging. That History, Religion, Philosophy, Art, Mythology, Literature, Science, any subject you can think of in fact, can be fully grasped outside and compartmentalized from Life is to me utterly nonsensical.

But that is what and how we are taught from the outset. And that is what we seek to escape from through Yoga, meditation, intense exercise or what have you.

Collectively we pile ideas upon ideas, build them into a grand architectonic construct (big words). That’s civilization’s monumental achievement. But in time the construct grows too immense, totters beneath its own weight, its increasingly unstable complexity. A return to simplicity is sought. Simplicity amidst the complexity.

Which brings me back to the above quoted words of Dr. Suzuki: “… the most radical revolution of our world view.”

Simplicity amidst the complexity.

Sing it with me….

Discover your own song.