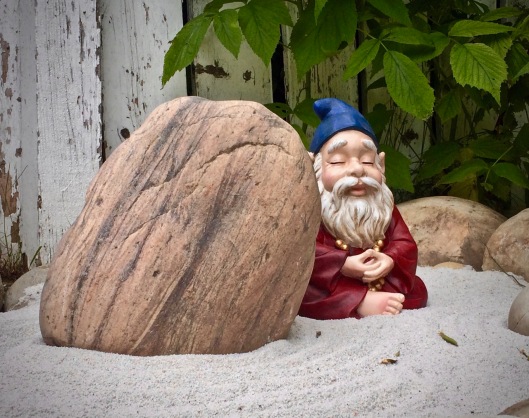 In traditional hunter gatherer societies, now pretty much long in the past, the Shamans—the keepers of the community’s psycho-spiritual center—would dwell outside the precincts of the village proper. Or if he or she lived amongst his fellow villagers his or her hut would be circled round with magical talismans, amulets and other mythical-poetic items intended to keep the rest of the community at bay.

“Don’t bring your hard headed matter of fact workaday mode of thinking here, it doesn’t apply,” was the message. “Here, we’re on a different plain, a different sphere of consciousness, a psycho-spiritual one your literal mindedness cannot possibly fathom.”

Churches and temples too often have these symbolic sentinels guarding their doors. “Leave your practical mindedness in the coat check room peoples, it is of no use to you here and actually hinders what we’re trying to accomplish with all this hocus-pocus flim-flam,” they are meant to convey.

Unfortunately, vlogs on YouTube as well as blogs have no such discouragers for the obtuse, the school learned uninsightful set who rather than post videos of their own spend inordinate amounts of time commenting on the output of others.

Here at the Omphalos Cafe and especially at my YouTube channel I’ve repeatedly stated that this place is not for everyone, but that hasn’t stopped the above mentioned classroom crowd from throwing in their less than two cents.

Here’s my response to a typically foolish comment on my video James Joyce’s Ulysses, Six Tips for better Reading, Understanding and Enjoyment:

“You know, Hainsey-Boy, these are precisely the sort of comments I responded to with my video James Joyce’s Ulysses and the Failure of Our Academic System. They are full of big words, haughty, and say and commit to absolutely nothing. Heaven forbid you open your ears to something new.

“Joyce’s aesthetic development is actually a theme of the earlier novel A Portrait of the Artist, but it cannot be considered a theme of Ulysses.” That’s idiotic and incredibly shallow, as is your assertion that the third ‘entity’ Stephen is a servant to is Mr. Deasy, which I responded to in my video on episode nine. But don’t bother watching, stick to the classroom.

What actually is the point of responding to comments such as these? I ask myself. Those that are capable will see, will feel, what I am getting at, the vast majority, you a prime example, simply are not constituted for such things.

Big of you to grant me number two, ‘think for yourself,’ but of course you immediately qualify that by saying one should get an annotated text and read what all the authoritative commentaries and Coles notes have to say so you can be coached beforehand on the proper way of ‘thinking for yourself.’ Again, classroom bred idiocy.

That bit about Bloom being the older literary Joyce I’ve heard before too. What a crock of shit you’re all passing back and forth. Could Bloom write anything? Has he written anything? He mulls such a thing over, but really isn’t capable. As the question and answer episode towards the end states, Dedalus represents an artistic nature, Bloom a scientific.

In short, you’re an ass and you didn’t get anything I was alluding to. As to that final bit about me being an ‘egoist’, ‘expert’ and ‘superior intellectual,’ nothing could be further from the truth. Have you read any Joseph Campbell, who’s Creative Mythology refers to Joyce and Ulysses no less than fifty times? A quote from him, a savage indictment of our modern academic morass, I used in my Failure of Our Academic System, and it applies to you, especially around the words “this blight of the soul.” Why haven’t you read Campbell? Is it too much of a challenge? Is Campbell not considered among the ‘authorities’ worthy of consideration?

What I’m actually trying to do with these videos, and there are a dozen or so of them now, is to indicate that there might be something else going on in the book, something actually simpler than school boys such as yourself could possibly fathom, and yet something bigger than anything we can conceive without radically altering our outlook on Life.

Wow, and I didn’t even need to use big words.