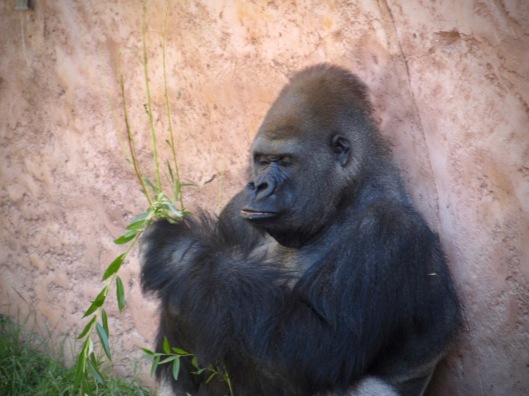 The way history will one day be taught, perhaps…..

Our solar system is upwards of four or five billion years old, accreting, coalescing from cloud and dust matter and hydrogen. It’s a third generation system, meaning at least two other solar life cycles have played themselves out before. In fact, the heavier atoms that make up our world and our very selves had their origin in the heart of these previous suns. That’s Einstein’s nuclear fusion furnace at the heart of every star in the sky, packing hydrogen and other atoms together to form heavier ones and releasing nuclear energy in the process.

That’s all physics, but there’s something else at play. Life. The flowing through from one generation to the next. Something ultimately unexplainable. A blind urge to flow through, one generation through the next ever onward.

That is all that Life is. What I’ve sometimes termed The Great Passing Through. From single cells, or even less forms to complex organisms such as ourselves, just Passing Through from one generation to the next.

Life is everywhere in the universe, we just haven’t found evidence yet. But it’s coming. When favourable conditions arise it continues its flow.

So as earth took shape somewhere in the four to five billion years ago range the seeds of life carried in the dust matter were present. Conditions quickly proving favourable life blossomed, perhaps in the deep ocean vents, no doubt in ridiculously inhospitable locations by modern standards.

Darwin’s ‘Survival of the Fittest’ doesn’t quite do justice to the ongoing flow, reducing it to a negative process rather than a positive creative one. A Frenchman named Henry Bergson preferred the more poetic ‘Creative Evolution’ as more appropriate, Life flowing ever outward towards favourable opportunities.

Single celled, even less, organisms find new avenues for flowing through to the next generation… a new species is born! And that in the end is the defining feature of a species, all species: how it accomplishes the Passing Through.

Four and a half billion years later the world we experience today has taken shape. All flow, the incredible branching of Life’s course, generation after generation, opening into new species, new channels of flow. Some channels dry up, become dammed, but the world is alive.

Proto-humankind along with the other primates were of course just part of this grand coursing. Blindly pushing forward in groups, in clans, for that is our means of accomplishing the Passing Through: highly adaptive dynamic communities.

But something happens somewhere between fifty and one hundred and fifty thousand years ago that will change everything on planet earth, or at the very least disrupt a shitload for a spell.

In our increasingly complex, shifting and adapting groups, individuals develop a unique ability. The cognitive revolution. The ability to hold on to a thought, to store it away for easy recall and use. The frontal lobes of our brains begin storing these synaptic thought packages, ideas, simple at first, but nonetheless the building blocks of language.

The flow continues, but now Homo-Sapiens have an edge. Thoughts and ideas, customs and culture.

These new groups spread across the globe adapting to all climates and conditions. Cultures morph to circumstances. Many find balance in their environment, but others in bountiful environments enjoy a surplus, not to mention means and ways of finding sustenance. Thoughts and ideas accumulate, humans learn.

Some in the community are smart, pile up and manipulate ideas better than others, become adept and prosper, whatever that might mean in any given culture.

But there are others, rarer, who become sort of tenders of the communal spirit. The shamans, alive to things the mere thinkers cannot fathom, things of the unconscious heritage of the race, of the grand coursing of Life. Their poetic language of symbol and imagery speaks to the average member, awakens them to their participation in the group and through the group to Life.

Around ten thousand years ago groups combine, are melded together, no doubt through a combination of power and subtlety, of might and shamanistic imagery. The higher cultures grow, morph into civilization, a thing never before seen on planet earth. A new organism, vast and complex. At the heart of this huge unwieldy organism is a poetic abstraction formulated by shamans: Gods or God. The embodiment of the community spirit.

And each civilization, for these organisms are spreading too, has its own shamanistic core at its heart, that which holds it together, gives it meaning and purpose.

But, and this part has tremendous import for us today, civilizations being these huge aggregate organisms, have lifespans just like every other living being. Towards its end it hardens, ossifies, becomes brittle and unchanging. All its potentials have been realized, fulfilled, all its thoughts have been explored and tabulated. Egypt and China before the younger West crashed down upon them are examples of these dried up remnants continuing on in their allotted path unchanging century after century.

Greece and Rome were trending along that path, quite far along in fact, when the relatively young brutes from the wild lands of Northern Europe fell upon them.

And with these rude northern wandering warriors a new generation culture was born. The West, or more accurately, the North West. Us. And that’s what is playing out today, what was set in motion some thousand to fifteen hundred years ago. Only of course that culture and eventually civilization has spread across the globe, is fashioning the entire planet in its image, tying it together with its own unique notions of technology, time and space.

And in that truth lies a mountain of misunderstanding we moderns are burdened with. Democracy? We didn’t ‘learn’ it from the Greeks and Romans, for their’s was already dead or dying, it was in our northern hearts from the very outset, but is ironically waning now under the debilitating and demoralizing weight of money and its concentration, which too is a natural and inevitable process.

Religion and God? Well, our own northern shamans, the keepers of our culture’s inner verities, relatively uncivilized, rude and oral rather than schooled and book learned, were quickly supplanted by men trained in Rome’s spiritual heritage.

As hard as this is to get our collective heads around, Christianity, the foundation stone of Western Civilization, is not really our’s! Which is the reason why it has never truly fully engaged our most gifted spirits, a truth which is at the heart of our entire Quixotic Western culture history.

What does that have to do with us today though? Well, the global expansion has spread our infinite space conception across the continents and every corner is being drawn into our sphere. Culture has largely exhausted itself and money has gained the upper hand. That’s a natural devolution of civilization. Oceans of digital money slosh over the planet looking for exploitable resources, and in that process the winners will be those who work toward the interconnectivity, the networking of everything.

Also, under the implacable exigencies of money ‘democracy’ is an unaffordable luxury. Plus the self-reliance lying at its core is quickly being eroded, just as it was in Rome before us.

And finally, our own spiritual history being hopelessly muddled and misunderstood, we Western souls have yet to share what should be our deepest truths and gifts with the rest of humankind. We haven’t worked out the import of our own history in order to bring about the next great transcendence of humankind and Life.

It’s all around us, slowly taking shape, coming to fruition, come what may.

Time for me to hit the road again.