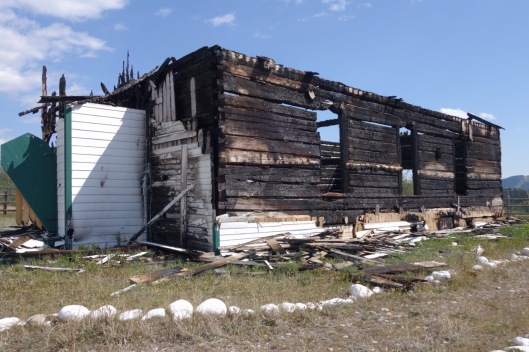 Dubliners as the net, the societal traps and snags inhibiting an individual’s urge towards growth and freedom. With sparks and flashes, and then the first glimpses of light in the final tale, The Dead.

Stephen Hero the abandoned story of Joyce’s rejection of the snags, profane and blasphemous and given up as totally unpublishable. A Portrait as the bowdlerized, compromised version finally, after a hundred capitulations, accepted for publication.    And then the mature works, Ulysses and Finnegans Wake.

In Ulysses Joyce recounts his own journey, no longer fraught with the anger and bitterness of A Portrait. But how describe the stultifying world that was Dublin without ensuring its complete unacceptability? Through an individual that is utterly beyond its grasp, utterly free and untrammelled by its snares, customs, mores and rituals, no longer rejecting, no longer against or decrying.

That individual is Bloom.

And then the Wake. The world vision written with a Buddha-like wisdom and outlook, by the mature Stephen Dedalus/James Joyce. No more against this or against that; only for…. Life! It’s ever ongoing flow.

However, having said all that, I’ve probably never read more than twenty or thirty pages of Finnegans Wake. I have read and recommend wholeheartedly Joseph Campbell and Mortimer Robinson’s A Skeleton Key to Finnegans Wake, but in a way I agree with Well’s when he says “You’ve turned your back on ordinary men.” I am that ordinary man, and whereas I fully understand what a staggering, monumental feat it is, I simply cannot be bothered to read it.

Life, or what’s left of it for me at any rate, is too short, and there’s plenty enough else to do, to see, to revere, and I suppose read too.

Will it be read by the common man of 2039? Perhaps, but I honestly doubt it. To me, that’s not the direction things are going. Maybe it will serve as a sort of hermetic Bible to a certain narrow segment of the population, but when I look out upon the world of today I think, if it actually did serve such a purpose, who would there be to listen, pay any heed, or show an interest in such things and such strange people?

Those people would be like the inhabitants of Hermann Hesse’s Castellia in the Glass Bead Game, and their world would probably be a rarified, monastic one having little bearing on the hard and harsh world outside.

Oh boy, you see what happens when watchers write?

Again, thanks for the comment and best wishes with it. No question it’s full of wonders and wisdom, but so much else is too.