“All that is form is deceptive. But when it is seen that all form is no form, the Buddha is recognized….All things are Buddha things.”—The Buddha

Ya well he’s not around to knock us on the noodle with his Bodhi-branch cane and say “I didn’t mean all things like grains of sand or mountains are Buddha Things, you knucklehead: I meant all Living Things!”

But that’s how it’s been passed down to us and we’re stuck with it. And the explication of those grains of sand and mountain All Things has filled libraries and kept ashrams and retreats in rice bowls and saris, and their masters in (pardon the pun) nubile young Buddha Things, for generations. Smart people run off and spend years learning from certified masters the fine art of splitting grains of rice (and sand) and mountains and come back to rich countries to publish magazines devoted to elucidating the abstrusities of All Things being Buddha Things. It’s quite the industry, but it hasn’t gotten us any closer to the essence of Buddha Things or Buddhism.

Take a step back. 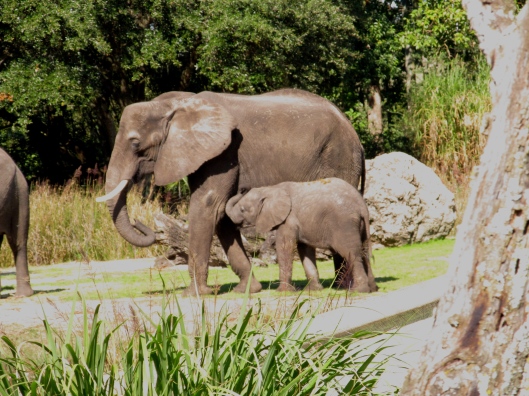 See the Buddha Things? … me neither

But let’s get back to the rock and fallen timbre. The rock, except if I could zoom in and catch a glimpse of lichen gnawing away at its sides, has little to no evidence of the Buddha Thingdom.

The fallen timbre, on the other hand, has. Something has given it form. Something has lifted inanimate minerals from the soil, combined them with water and the energy of the sun and a few more elements floating in the air and formed the trunk of a tree. Granted, that something has moved on while other somethings which, when you get right down to it are one and the same with the tree-something, have probably taken up residence and are breaking down the tree-something residue.

That’s a lot of somethings. But it’s those somethings that are the All Things of Buddha Things.

Close your eyes and imagine that which is PASSING THROUGH the trees and grasses, the elephants—motivating their every behaviour, and you begin to recognize the Buddha and Buddha Things our Buddhy was talking about those many centuries ago.

Life (Buddha Things) is ALL there is…