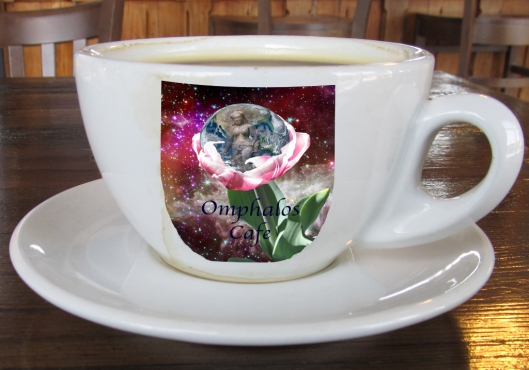 Not your average cup…

“The message of an effective living myth is delivered to the sphere of bliss of the deep unconscious, where it touches, wakes, and summons energies;  so that symbols operating on that level are energy-releasing and -channeling stimuli.”—Joseph Campbell, Creative Mythology

“The infantile response system of dependency must be transformed to responsibility, and specifically in terms of the requirements of the local social order. The son has to become father, and the daughter, mother, passing from the sphere of childhood, which is everywhere essentially the same, to that of the variously offered social roles, which radically differ according to the modes of human life. The instincts have to be governed and matured in the interests both of the group and of the individual, and traditionally it has been the prime function of mythology to serve this social-psychological end.”— Joseph Campbell, Creative Mythology

Today’s roast is light, strong and aromatic. Served up black and unsweetened. Apt enough to kick you into high gear.

The sphere of bliss of the deep unconscious?

“I’ll have a double shot of that one please, miss bliss bestowing barista!”

But for those who shy away from such heady brew?

I’m thinking of three men. Different ages, different stages of their lives. All three presenting the hard carapace of manhood that passes for maturity these days. All three in the process of divorce, their wives electing finally to cut their losses and move on. All three men collapsing inward, imploding like the hollow shell of buildings who’s supports have been blown away. All three sending up dust and debris in every direction.

Make no mistake, it’s an epidemic.

If only they’d taken some time away from the rush and turmoil of the street, found a quiet table and ruminated an hour or two over a hot cup of Joe.