“Will you be as gods? Gaze in your omphalos.”—Stephen Dedalus, A.K.A. James Joyce, Ulysses

Much will be written, cliches will abound. Well intentioned folk will shuffle around Dublin, maybe even quaff a few, sharing anecdotes and listening to academic types expound on the incidentals of an eminently average man’s day-in-the-life. For that is Leopold Bloom: decent to a fault, well-meaning, sober, errant but not overly so. We follow him into the john first thing in the morning, we track him through the long day, attend a funeral, raise funds for the widow, lunch in a pub, we witness him masturbate on the beach, puzzle over the miracle of childbirth, toy half-heartedly with infidelity while obsessing unconsciously over his wife Molly, worry over his daughter and mourn his long dead son.

No question, by our uber-urban Western standards, Bloom’s day is an adventurous journey, but is that enough to lift Ulysses to the very top shelf of twentieth century writing?

We might as well celebrate Sancho Panza day and forget all about that other tall goofy fella with the brimming over imagination.

And what was the name of Sakyamuni’s dearest friend? Why not celebrate his day, forgetting all the while the humankind-altering journey to enlightenment of that other over-earnest Buddha-fella?

Bloomsday? Sure, it serves the literary masses and provides fodder and even a livelihood for a learned literary priesthood. It fills libraries and upholds a tradition… of what? Who knows, ask the priests.

That, for James Joyce, Ulysses was a bridge—or passage—linking the early embarkation years depicted in A Portrait Of The Artist As A Young Man with the fully richly envisioned wonders of his last great work Finnegans Wake, is oh so rarely mentioned.

And my earlier comparison of Dedalus to the Buddha was not done lightly. By Finnegans Wake Joyce’s grasp and outlook on Life and humanity is that of the Buddha, a twentieth century Western Buddha.

That is what lifts Ulysses into the pantheon. That, in spite of all the Bloomsday blather you will hear, makes it worth the read.

Comb the internet, google James Joyce and Ulysses. See if anything of that sort is mentioned. Good luck.

So Happy Bloomsday. Quaff one for the Average Man while our cities fester and our learned debate minutia such as the make of Bloom’s shoes and the brand of underwear he likely wore.

With a silent AUM 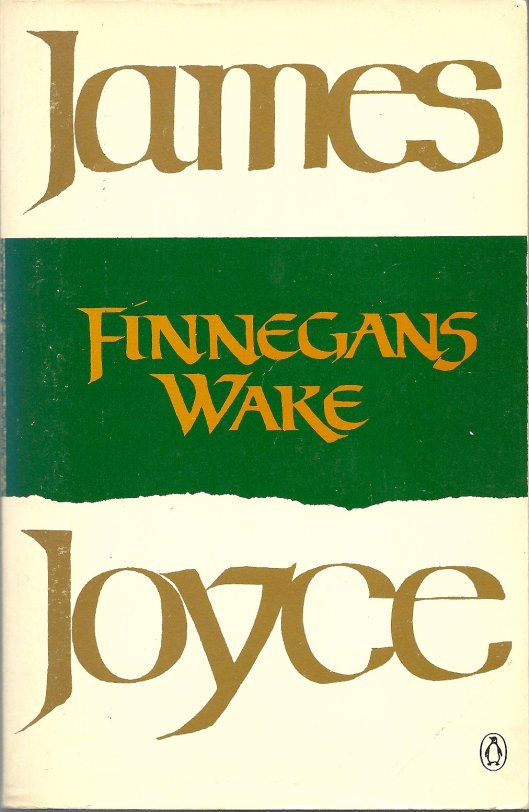