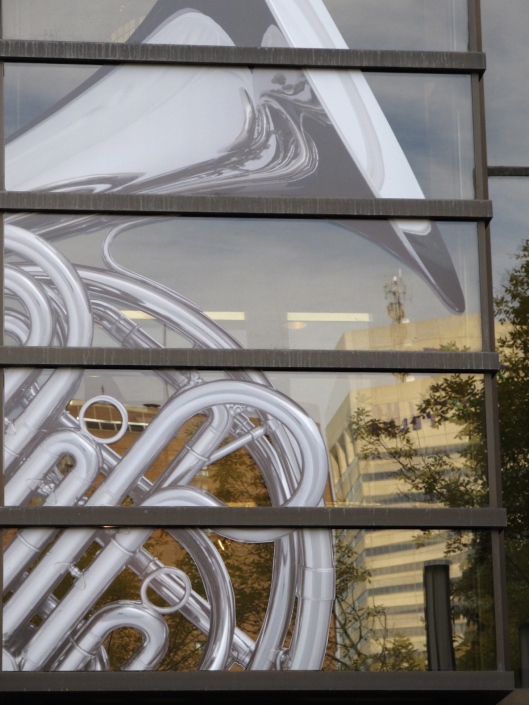 The Music is everywhere

Fine words on a printed page. Digitized when I copied and incorporated them into a post. Pixilated when flashed on the screen in front of you and I.

When did Campbell pass from this mortal coil, 1986 or so? He played the game well, had a terrific go of it. He ate breakfast one morning and then, padding up the stairs to put in his day’s work, collapsed. “Good-bye Joe,” his wife bid his departing spirit.

He joins the uncountable billions that have briefly blossomed on this modest little planet wheeling as it does through the vast reaches of the universe. He lived his day and sang his song, and, thanks to the printed page, film and video, has left the rest of us something… a message from the beyond.

No, not the beyond of the other world to where he departed when his spirit took leave of us, or, perhaps I should say yes that beyond, only Campbell tapped into it while he lived and from that moment never ceased communicating—teaching— its multifarious splendors.

Some of us, and I’m referring to we humans—a select few—attain to the ineffable, the inexpressible, the unconveyable, during the course of our lives. When that occurs a wondrous quickening of our all too human energies often follow. Those prophets, poets, seers, visionaries act as catalysts for the awakening of scores of others to the grand mystery that is nothing more nor less than the very Life that is flowing through each one of us this very moment in time!

They brush away the cobwebs of an outmoded way of life, pierce through the fog and mist of ideas and ideologies, beliefs and superstitions. They clear the ground so to speak, for new growth and flowering.

They dissolve ego and reacquaint us with the divine, within ourselves!

Following dinner and before putting the final daubs on this little post, I picked up and read a passage from Henry Miller’s Letters To Emil. The year is 1930. Miller has fled New York for Paris. He is all but alone and destitute and resolved from this point on to express himself to the utmost come what may.

“Somewhere a new people must arise, with vitality, with original ideas. For two thousand years we have been looking for Resurrections,  Renaissances, etc. We should junk all this rot in our museums, forget that there ever was a Jesus Christ, a Gautama, a Mahomet–to hell with Michelangelo, Da Vinci, Rembrandt. Take all these madonnas that litter the walls and chuck them into the ashcan. Give us a fresh start, somewhere, somehow. We need it. We need a reforestation of ideas. We need to come down to earth again.”

The artist, the prophet, the seer, is in the process of giving birth to himself!

As Campbell wrote: “the divine is everything.”

Life is ALL there is.

2 thoughts on “The Divine Is Everything!”